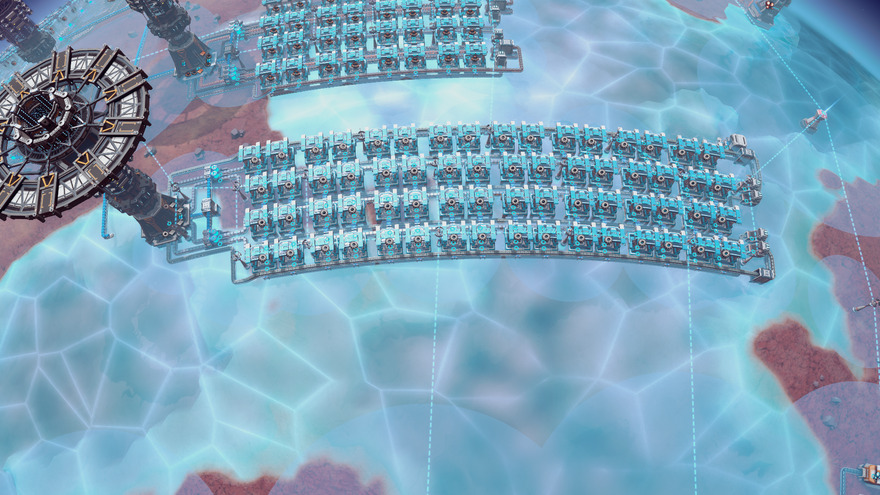 This is part of a collection of 4 independent facilities, to tackle the bane of our existence that is Electromagnetic Turbines. The other three can be found as part of my public collection.

Quantiles are balanced somewhat, to allow use as a set. (An example: 1 gear plant, 3 coil plants, 2 motor plants, 1 turbine plant. But you will have spares for use elsewhere, such as building manufacture.) I opted not to proliferate the outputs, to allow for general use with other non-proliferated components. Places for additional output proliferators is provided as part of the design.

In the case of the Electric Motors and Electromagnetic Turbines, the proliferators must be belted in from another source, due to lack of bins, tower ports, or both. For the prototype, I belted proliferators from the gear and coil towers to feed the other two.

The Preview feature is unavailable at the time.