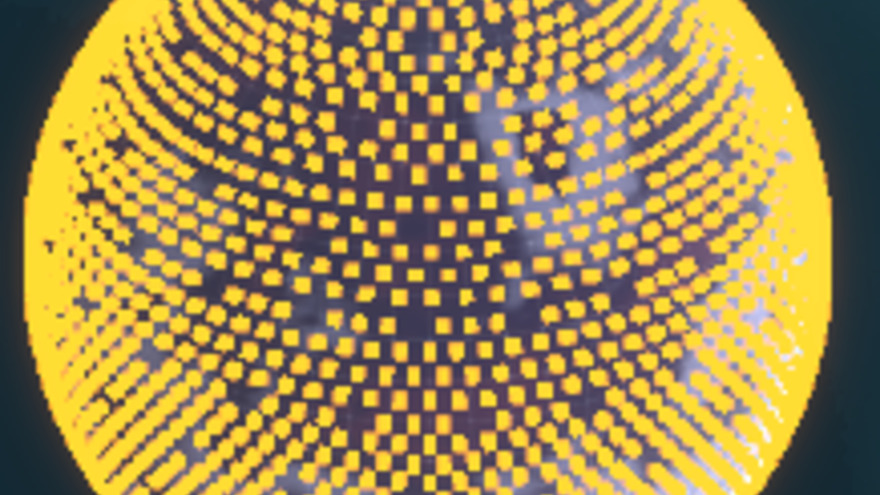 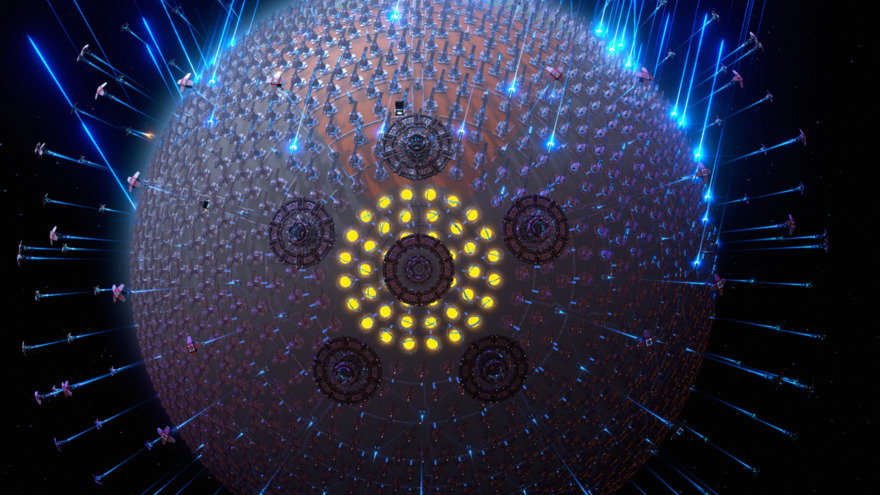 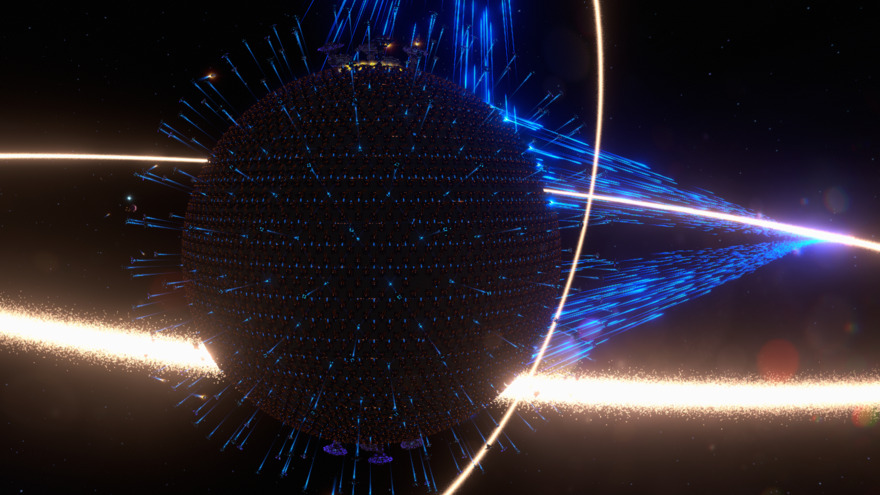 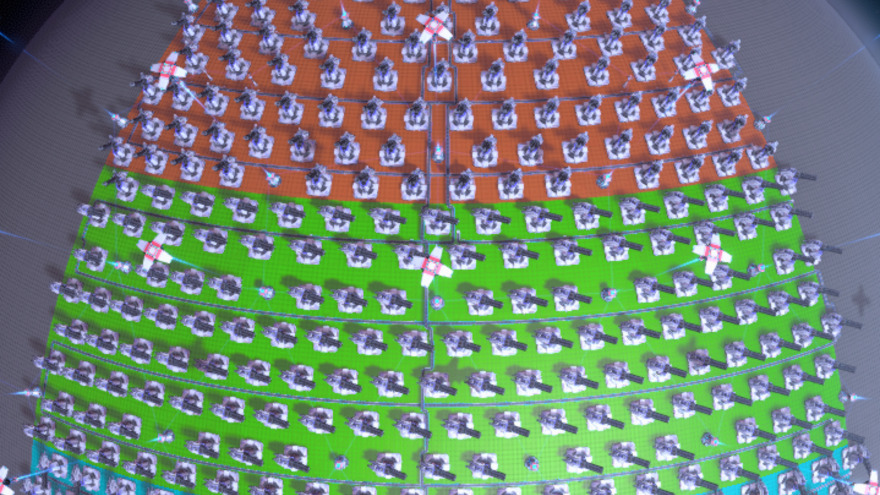 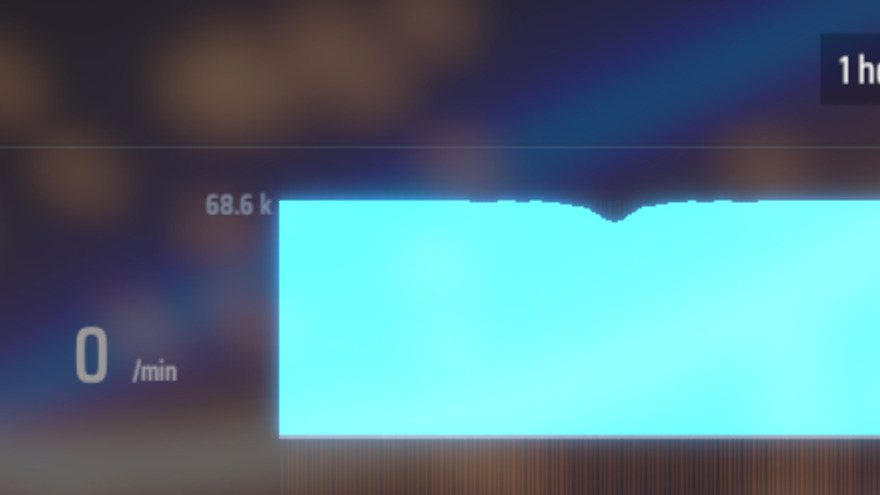 STATS:
• 1650-1800 guns firing with no retargeting from my limited testing
• roughly 68k sails/min avg --> ~2270 node saturation (mind your sphere build status)
-- Should work nicely with my 240 node layer bp, just build most of the rocket framework first
• makes a 10M sail swarm, will murder FPS in-system so stay away while it's working
• uses 8GW of the available 12. Available suns can support at most ~2670 guns firing together but that would require ~67% of the planet firing

FOR NERDS:
• Push-method for sails is good because vessels only need to make half the trip before freeing up the "inbound" tower reserved space, since at full blast only 10 vessels can be inbound at the same time and you want to maximize how fast they cycle so you can get more item throughput.
-- with current layout you should only need ~120/s sails avg per-tower (166sec trip), and an absolute peak rate per section of 267/s (75s trip)
-- you can use your current vessel speed to figure out how far your sails production planet can be before you start running into issues (don't forget the ~20s combined landing and takeoff time)
-- if the sails planet is too far you can add some relay towers along the way, or even set the central AM rod towers to also receive sails and distribute them locally
• Orbit setup optimization is hard, the idea is to reduce the "pitch limit" dead angle as much as possible
-- Theoretically, assuming a distant target point 5-90° pitch would cover 45.6% of the planet, but 60-90° are dead, so only 38.9% will fire if all guns target 1 point
-- from testing with the "ok preset" orbits, I got 41-45% firing, so it has some utility, the downturns are mostly from the polar orbit switchover every half-year (planet orbit)
-- with more axially tilted planets it would be hard to avoid the dead zones, so expect behavior closer to 40%
-- from hearsay, with retargeting mod you can get ~60% firing at the cost of some UPS from the gun retargeting code
The Preview feature is unavailable at the time.

The copy function has been disabled due to the blueprint being too large.
You can view the blueprint's code on the following page:

On this page, you can select the whole blueprint with Ctrl+A, then use Ctrl+C to copy.